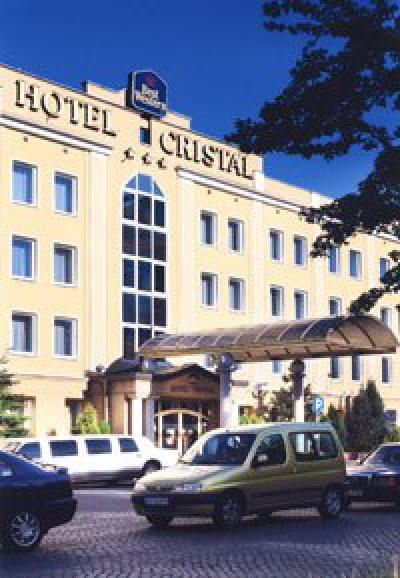 Cristal Hotel being situated in the heart of the city gives the opportunity to visit the most interesting places of Bialystok. In the close proximity of the historical city hall, Orthodox Saint Nicholas Parish Church and the Church of the Rocha St and a late baroque pearl Podlasie - the Branicki Palace.

All rooms have air conditioning, bathroom, minibar, TV (cable TV, PayTV, radio, phone.
The rooms are divided into three standards: Standard, Standard Plus and exclusive. Breakdown is subject features such as the position of the room from courtyard or from street), plus; type of furniture. Separate grade are apartments, which are distinguished by a large surface (two rooms: sleeping areas, corridor daily) and exclusive furnishings.

The whole hotel is covered by the radio coverage area web link (HotSpot Cristal). Protected network is the latest telecommunication solutions, giving guests safe can connect to the internet. Each of the customer receives a unique, individual access code for 24H or 72h network access (after the expiry of the Code at the request of the customer is issued following). Connection by radio is free and unlimited limit.
It is also possible to connect via modem telephone (traditional telephone line) - this option is payable and requires a own modem.