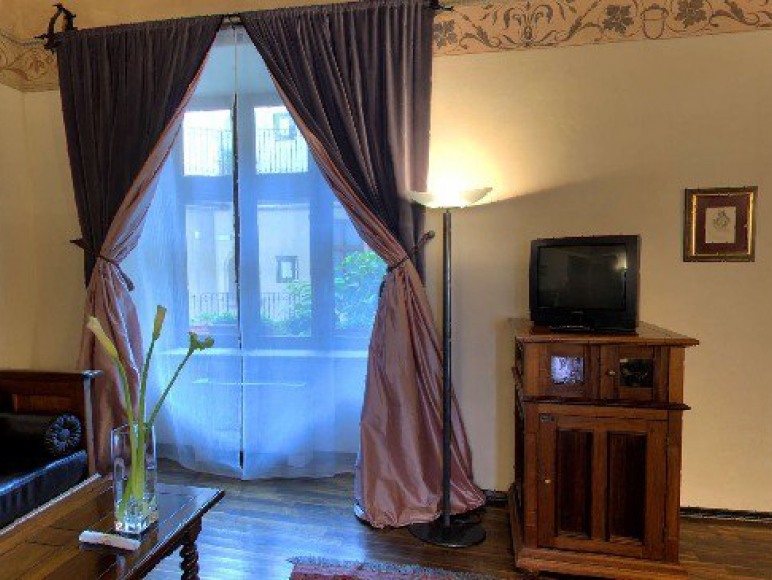 Each year the trophy " Art of living is given to the works in which the taking score was done art and their sophisticated decor is an invitation to release the senses.

"Art of living Trophy 2010" has been granted for the Copernicus Hotel. Awards ceremony took place on 17 November 2009 during the XXXV International Congress Relais & Châteaux in Biarritz.

The value of the historic building and saved in the works of art shall undertake to ensure exceptional levels of hotel standards. Apartment armorial achievement of the delights of the banqueting ceiling of 1370 year and fresco in the apartment of Canons dated is the 1500 year.Copernicus meets the idea of coexistence of the highest class and luxurious contemporary hotel. The hotel is entirely air conditioned, each of 29 rooms is equipped with a safety deposit box, mini-bar, satellite tv and high speed internet access. Stylish furniture and sophisticated drapes carefully have been selected to the nature of the interiors. The luxurious bathrooms have beautiful bezel with trawertynów and marble.

In the patio access to network ensures hotel WiFi zone. The drawing room with the library of old prints is a modern equipped conference room. Perfect can rest in the room cigars and in the hotel Vinotece Select a wine from over 200 species. Medieval underground along the sauna and swimming pool.

Above the apartments is an intimate terrace with a stunning panoramic view of the City - on the one hand stone massif of the royal castle on the other Romanesque towers of the church of Saint Andrew adjoin the baroque cupola church of Saint Peter and Paul. In the bottom of the plane srebrzystosiwe roofs drifts toward quiet Aberdeen.