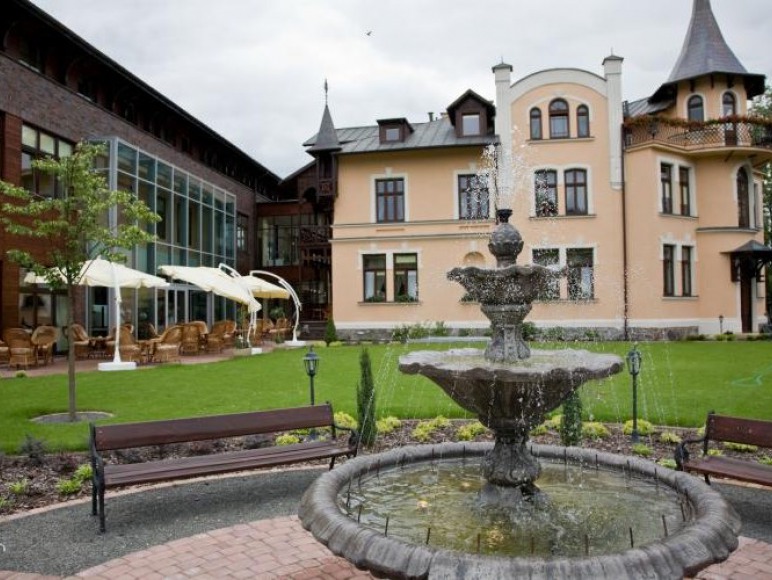 Ciechocinek - city and municipality in the province of kujawsko-pomorskie, lies in the Kreis aleksandrowskim. In the years 1975-1998 city administratively belonged to the VOIVODSHIP Włocławek. The town is situated in Kotlina Torun, in a valley of the Vistula River, on the left bank of the river.
Ciechocinek is a city of a kind. In the city is practically industry, including hospitals and healthcare, sanatoriums, prewentorium, holiday centers (wczasowo-tourism), natural healing features, which specialises in mineral waters, hotels, restaurants, Saline" saltworks and salt. Part of the spa is rich in green parks, squares, kwietników and carpets of flowers. Every year brings many tourists and health resort (52 thousand in 1980, 85 000 in 1987). The development are medicinal water: zinc chloride sodium, bromkowe, jodkowe, żelaziste, borowe, which come from numerous in that area the saltwater springs. The treatment here diseases, rheumatic diseases, post-trauma applications, gynecological, respiratory nervous and cardiovascular diseases. To this end shall be a number of treatments including baths, jodobromowe, sulfur, mud spas, balneoterapie (physiotherapy, inhalation, irygacja, klimatoterapia, puts drinking), gym and Contact us the northern part of the resort is Spa Park, founded in 1875 - 1876 in landscape style with numerous species of trees and shrubs, (also exotic) its designer and founder was Hipolit Cybulski. In the park grow including kłęk Canadian, korkowiec Amur Oblast, miłorząb dwuklapowy. Ciechocinek also has the original reserve florystyczny - position słonorośli (including soliród Herbaceous branch, mlecznik seaside, aster hydrochloric) included from 1962 in 1.88 ha reserve Ciechocinek near the leisurely III.