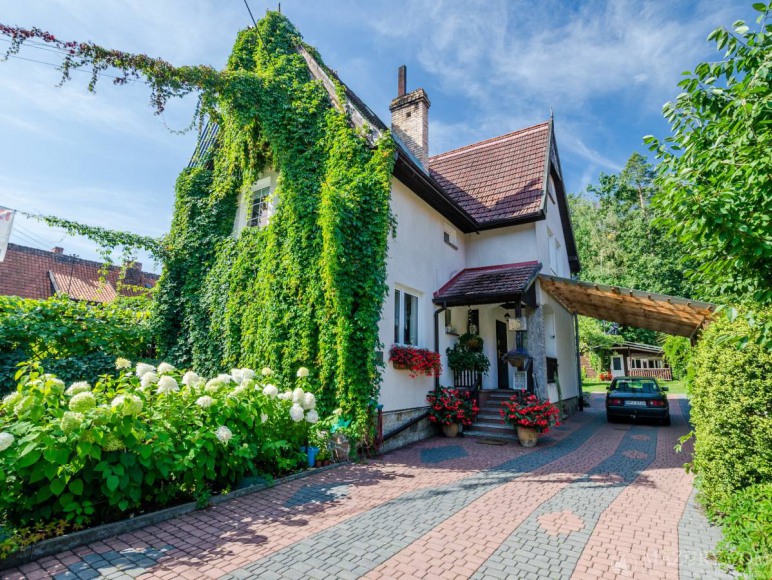 To our guests disposal are:
- balcony furniture
- portable barbecues,
- hammock,
- the swing,
- fireplace garden,
- swings and sandpit for children.

Within 100 meters from home is located a few free Spa and bridges for catching fish.

Ruciane-Nida - a town in the warminsko-mazurskie, in the Kreis piskim, lake Nidzkim and Lake Guzianka Wielka, seat of urban-rural Ruciane-Nida. In the years 1975-1998 city administratively belonged to the while placing all California customers. Close to 15 thousand hectares commune Ruciane-Nida included in the Masurian Landscape Park and by the same city flows river Nidka. City rights received 1 January 1966. Ruciane-Nida was created by the combination of towns:, Ruciane Nida, Will Ratajowej and Guzianka Wielka. Zasadźcą Will Ratajowej in 1502 was Jakub Rataj originating from Kujawy Region. Ruciane called Rudczanny/Rudschanny, in the Third Reich - Niedersee. Nida was called Nieden. The city is known tourist center in the heart of the Mazurian Lake District. The city is the railway line D29-219 - Olsztyn - Cork - Świętajno - Write - Elk. To 1945 there was also another railway line connecting Ruciane-Nidwith Mrągowem. In Ruciane during the summer period is ejected most south marina Inland Masurian. In December 1956 in the south residential Nida and the western shore of Lake Nidzkiego started was the establishment of fiber board and particle board. This was one of the most modern facilities of this type in Poland and Europe, employs approximately 1500 inhabitants Rucianego-Nidy and surrounding area. In 1995 an insolvent.

Pensjonat To Tu — Facilities and equipment