Show on map
from 47 zł per person/os. 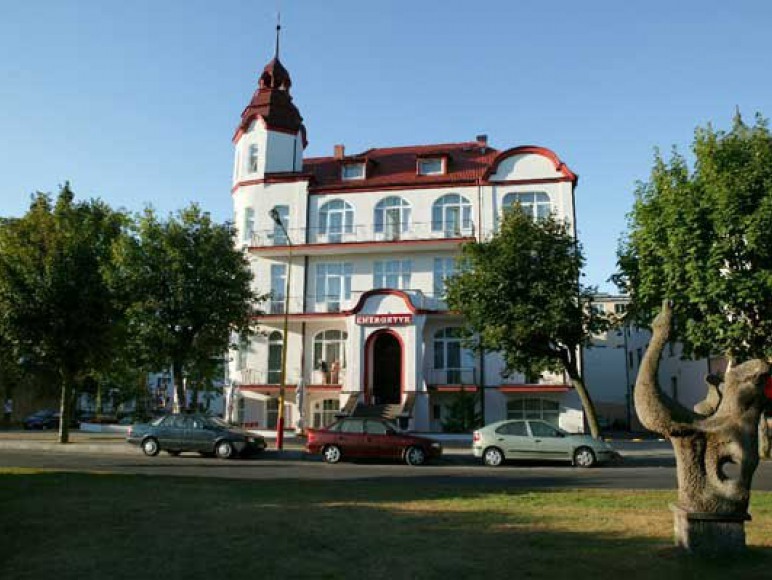 The spa has its own garage, cafe, hairdresser, treatment base.

Private Healthcare Center Sanatorium "Energetyk" is one of the more modern facilities spa resort in Poland and located in the spa town of Swinoujscie.

The history of the establishment of a non-Public Health Care Sanatorium "Energetyk" dates back to the year 1962. Created and then consistently expanded by subsequent years in the heart of the spa zone of Swinoujscie works councils sanatorium spa, belonging to an association of Trade Unions Energy, over stunts becoming the currently independent and self-supporting activity is the impressive specialist, recognized and wieloprofilowym center, entered in the national network specialist health protection.

In the center which forms a whole is:
- hotel base: single rooms and double-Personal and three-with full sanitary facilities / shower. Toilet, washbasin/ equipped with showers, telephone, fridge, etc.;
- complex gastrnomiczno-nutritional fulfilling diet zaordynowane by medical specialists, in accordance with the guidelines of the Institute of healthy nutrition;
- the plant health resort center-medicinal product in which the treatment in the range.

Sanatorium "Energetyk" organizes organises ogólnousprawniające with recreation and specialist with group séances that had an for the following groups of persons: a/ cardiovascular diseases b/ with diseases of the respiratory and the elderly and people with disabilities with the general state of health. Furthermore Sanatorium "Energtyk" provides services medicinal products for the organized groups within the framework of the agreements signed with the National Fund for health, for individuals not having referrals.

Available to provide are also: cafe, terrace, a beauty parlor.

On the premises of the activity is carried out kuluralno-educational establishment, within which there is a possibility of organizing a wide range of events such as: - tours tourist-ethnography / inter alia to Szczecin, Kolobrzeg Stone Pomorski, Wolin Island, to Berlin, Copenhagen, Malme/
- cultural events and entertainment
- evening dance
-

Swinoujscie - municipal borough, health resort in the north-west part of Poland in the Zachodniopomorskie from sea port, situated on the Świną and the Baltic Sea, the only in Poland city located on the 3 large islands: Usedom, Wolin Karsibór and several dozen (including 44) Small, not occupied wysepkach. According to data from 30 June 2010, the town was 40 759 people, which creates a city on 5. position in the province in terms of population. The boundaries of Swinoujscie include surface 197,23 km² (2. place in the province and 8. in the country).