Show on map
from 95 zł per person/os. 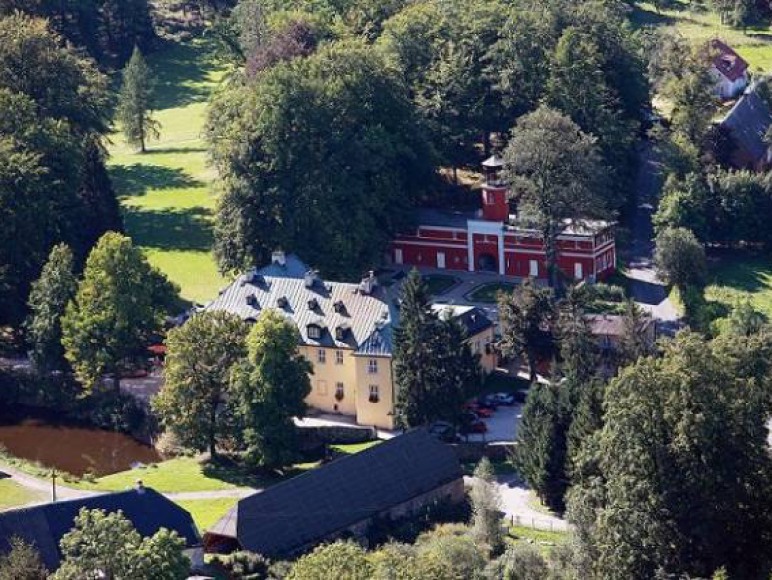 We are very pleased to welcome you at the Palace Staniszow. For eight years we make an effort to restore this eighteenth - century palace and park complex to its former glory. The aim of our actions is not only taken because of the professional experience and education, but mainly of passion.

The family character of our project, as well as a professional team of employees, contributed to the fact that we were able to create a magical place from the ruined walls of the palace. We hope that you will enjoy your stay in our home, which provides you with many unforgettable moments.

The Staniszów Palace contains 34 double rooms (that can be used as single rooms); including 4 suites. Each of the rooms is characterized by a unique decor which is adapted (depending on the location) to the character of every following month or sing of the zodiac.

The miscellaneous way of decorating the interiors will enable you to find your favourite room irrespective of the season or your zodiacal sympathies.

14.08.2012 SPA of the Palace Staniszow will be opened soon.
Palace Staniszow’s holistic SPA concept consists of a few key elements: carefully selected team of SPA therapists, design of rooms integrated into the area of Palace and treatment’s offer for the guests. These constituents through mutual correlations create entirety – the place, where you can insight into yourself and distance yourself to the surrounding world. SPA treatments rooms were created to ensure you the comprehensive services on an unprecedented standard. Treatments for face and body were prepared from scratch by carefully selected SPA therapist and complemented by the best brands of natural cosmetics on the market. The most valuable asset of the treatments is: manual ability of the SPA staff, their warm hands and honest smile, cosmetics are only an accessory.

Restaurant
Wide variety of dining rooms will let you eat romantic dinner in an extraordinary environment of fireplace facility, carry on a business meeting in secluded offices, organize a huge family party or a conference in a ball-room. What is more, you can also just sit down to a glass of wine in the premises of bar or cafe.

The atmosphere of dining rooms as well as the chef’s and personnel efforts will make your stay be a feast both for your body and soul.

The park in Staniszów was designed by Joseph Lenne and is one of the first park foundations in English style in Lower Silesia. Thanks to a diversity in shape (numerous groups of rocks), richness of standing timber and wonderful views it is an example of a perfect and harmonic fusion of natural landscape conditions and bodacious imagination of the designer.

5 conference facilities enable you to organize trainings, conferences and business meetings in an environment that is suitable for your needs. Various sizes of individual rooms create conditions for admitting min.100 people in the ball-room, 40 in the mirror-room and max. 10 people in intimate offices (Chinese or Blue). All rooms are equipped with the internet and television connection, flipcharts and screens. 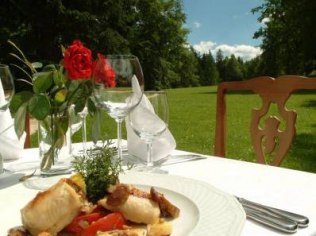 If the value you good taste and want to experience the culinary elation at the place where the born "Stonsdorfer" - herbal Liqueur based on aromatic herbs and fruit forest harvested in the Karkonosze Mountains, welcome to the Palace Staniszów - mecca of good taste. In the magnificent histo…

This description has been machine translated into english

If the value you good taste and want to experience the culinary elation at the place where the born "Stonsdorfer" - herbal Liqueur based on aromatic herbs and fruit forest harvested in the Karkonosze Mountains, welcome to the Palace Staniszów - mecca of good taste. In the magnificent historic interiors elegant restaurant you can enjoy you with exquisite dishes, which every day we are not in the menu card, przyrządzonymi specially for the State.

And day (day of arrival):
"welcome" Stonsdorfer
gala dinner - Specialty Staniszów Palace - young duck served personally by the Chef:
becoming the chrupiąco breasts of ducks sauce apple and rodzynkowym with brukselką, red cabbage, young carrot with potato grateną
duck delicacies from vegetables in sauce with goose liver
for dessert stewed fruit with sherbet
II day:
breakfast served on the terrace with a view of the English landscape park and terraces boast its Rose garden (dependent on weather)
dinner in the candlelight with specially was used the tasting menu:
Smoked deer with a Deer feeding from mousse with coffee beans and comfiture jagodową
Sorbet ananasowy
Thymus calf fed from puree baby carrots and muślinowym puree potatoes from cep
soup cream of green peas with homarem
pieces Turbot huge served with young spinach with vegetables, fried bob and pesto sauce
Sorbet raspberry
Simentalski beef fillet served with glazurowanym foie gras and seasonal mushrooms
Tatar from strawberries with fruit and ice cream knob with white chocolate and limetki
because our goal is high quality products, certain dishes are subject to change.
If during the day you plan a discover the delights of the Karkonosze Mountains, very pleased to advise and plan your trip and which place worth visiting.
III day (day of departure)
Guaranteed Late check-out to 14.00.
To add to the energy before the journey to the return in south welcome for coffee with the highest shelf or freshly pressed orange juice (optional) and delicious dough baked according to proven palace prescription.
To fully enjoy the delectable dining we will select the wine with a perfectly stocked wine cellar.
We invite you to take advantage of our newspaper offer.
Palace Staniszów - makes us good taste!

Pokaż więcejPokaż mniej
This description has been machine translated into english

If the value you good taste and want to experience the culinary elation at the place where the born "Stonsdorfer" - herbal Liqueur based on aromatic herbs and fruit forest harvested in the Karkonosze Mountains, welcome to the Palace Staniszów - mecca of good taste. In the magnificent histo…