Show on map
from 60 zł per person/os. 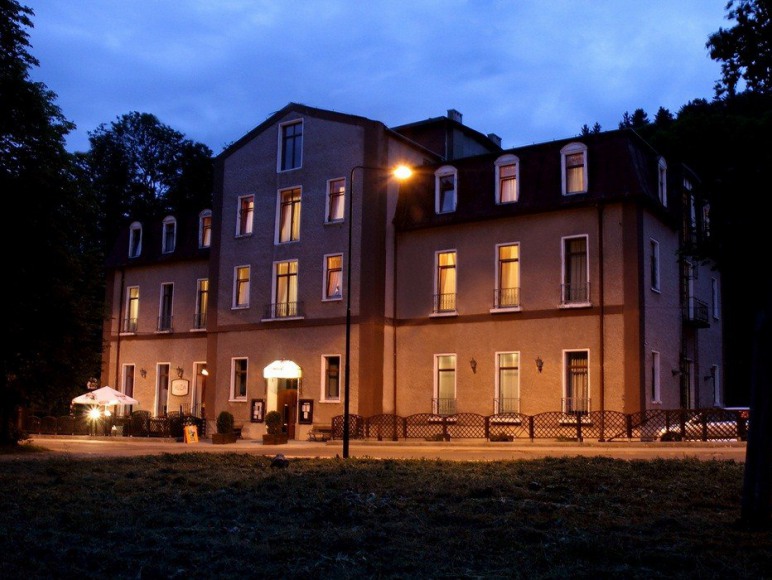 On the spot in our hotel you can use the medical services, treating cardiovascular diseases, respiratory illnesses, you can treat or recover from cardiologic and osteoporosis. The foundation of the therapeutic are mineral water & spas and its position at a height of 620 m above sea level.

We offer 1, 2 or 3 Personal and 2 suites. In each room there is a:
- Bathroom with WC, washbasin and shower,
- LCD TV-SAT,
- free access to the wireless Internet WIFI

Support helps to arrange additional tours after of the Klodzko and to the Czech Republic and Austria. We recommend visiting places such as:
- National Park Stolowe Mountains: Slot Great, Erroneous Rocks, Great Batorowskie Peat
- Klodzko fortress
- Chapel in Czermna ( Skull's
- the trades in Czermna ( Skull's
- Cave Parents
- Rock City
- fen colony under Zieleńcem of specimens of aerial
- produced during a trip to Prague
- produced during a trip to Vienna

We recommend you many opportunities for planning free time:
- Workshops manual reaping the paper in the only in Poland the active substance "Paper"
- Bicycle Rental
- bicycle routes after of the Klodzko
- pedestrian routes to National Park and also to nearby tourist attractions
- during the winter altogether and running wheels for skiers
- Possibility of horse riding in the nearby rancho
- toboggan run in the nearby village(17km)
- The Aqua Park with kregielnią(14km)
- survival park in the nearby village (4km)
- during the winter ice skating rink (4km)
- Sun Termy- complex swimming pools, artificial beach (17km)

Duszniki Zdroj is a small, charming spa town situated away from the hustle and bustle of the big cities on the 568-950 meters above sea level in the valley of the river Bystrzyca River The Klodzko. City rights received in the first half of the XIV century. In Fotanna Spa Park Spa resort part of the city in which our picturesque situated among forests, has a microclimate used to twothirds many diseases. In Duszniki is the oldest in Europe paper mill built in 1605, now part of the Museum of Papermaking, where tourists can out of normal sightseeing, old methods, draw the paper manually. Duszniki Zdroj is also a place where the pamiątke stay Fryderyk Chopin is the oldest Polish Festival - the International Chopin Festival.